From November last year up until March this year, the Norwegian financial institutions DnB, Sparebank 1, KLP as well as Storebrand, have withdrawn their investments from companies participating in the development of the Dakota Access Pipeline in the US. DnB has also relieved itself of its share of the project loan for the development of the pipeline. 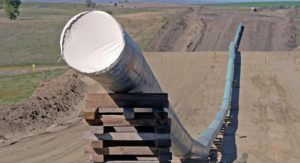 From the perspective of Norway’s National Contact Point, we consider that the financial institutions have proceeded according to the expectations expressed in the OECD Guidelines for Multinational Enterprises, says Ola Mestad, Chair of Norway’s NCP. They have conducted dialogue with the affected indigenous group, the Standing Rock Sioux Tribe, and they have made reasonable efforts to influence the project in the right direction before they decided to withdraw. 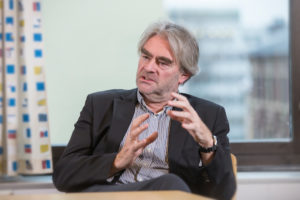 The OECD has developed a Due Diligence Guidance for Meaningful Stakeholder Engagement in the Extractive Sector. The Guidance was developed in collaboration with stakeholders, civil society organisations, business enterprises and indigenous peoples. The Guidance was launched in 2016 and serves as a tool for how to conduct meaningful stakeholder engagement and dialogue, on how to identify and asses the possibility of human rights violations, including on indigenous peoples’ rights.

The OECD also launched a Guidance for Responsible Business Conduct for Institutional Investors on 28 March this year. The Guidance sets out key considerations on how institutional investors should perform due diligence in situations where they are directly linked to possible human rights violations and environmental risks through their investments.

The way the Norwegian Financial institutions in question handled the situation, after they became aware of it, is well in line with the expectations from the OECD Guidance documents, says Ola Mestad, and he adds;

– It seems to me that civil society has played a decisive role in order for the financial institutions to implement the processes. This illustrates the importance that the OECD Guidelines puts on the interplay between business and civil society in promoting responsible business conduct. However, it would have been better if the companies did carry out due diligence and identify human rights risks on their initiative.

DNB has sold its part of dakota access pipeline-loan