Skip to content
You are here:HomeAnnual Report 2020International cooperation 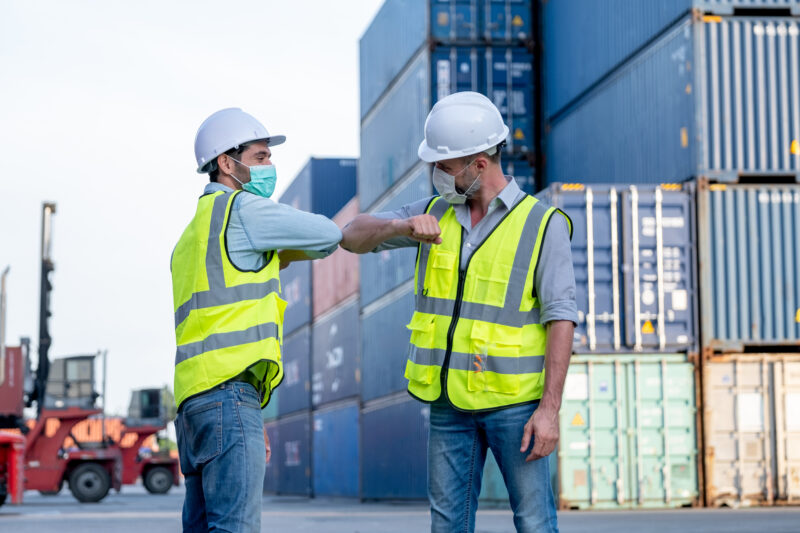 The third aspect of the NCP’s work is to cooperate and share best practice with the OECD and the 50 other National Contact Points.

For the contact point system to gain trust, it is essential that multinational enterprises are subject to the same requirements and expectations regardless of which OECD country they are based in.

The NCPs are organised differently, however, and their resources and status also vary, which challenges this principle.

All good things come in threes

If the world is going to ‘Build Back Better’ after the coronavirus pandemic and achieve the Sustainable Development Goals by 2030, we will need many new jobs. The key is close cooperation between employers, employees and governments. In many countries, however, tripartite cooperation is non-existent and trade unions have been weakened by the pandemic.

This is the opinion of Nina Mjøberg of the Norwegian Confederation of Trade Unions (LO), and Henrik Munthe of the Confederation of Norwegian Enterprise (NHO). Both represent Norway in the Inter­national Labour Organisation (ILO).

In Norway, tripartite cooperation – cooperation between the organisations that represent employers, employees and the state – is a cornerstone of society. When the pandemic caused Norway to shut down, the first thing LO and NHO did was call each other. The parties have since worked closely with the
Government to plot a course through the crisis. Many countries, however, lack collaborative structures, and relations between the parties are hostile.

Trade unions are under pressure, according to the International Trade Union Confederation (ITUC). Key rights such as the right to strike and collective bargaining are becoming increasingly undermined.

‘The situation has deteriorated during the coronavirus pandemic. The governments of several countries have exploited the situation to promote measures that affect trade unions. In many countries, the government has not been willing to engage in dialogue with the social partners, which has contributed to less effective handling of the pandemic. Many employees have lost their jobs with no access to welfare schemes or salary compensation,’ is Nina Mjøberg’s dismal summary.

According to ILO, close to eight out of ten workers on a global basis were affected by the pandemic at the start of 2021.

Work hours corresponding to 255 million full-time jobs were lost in 2020, which in practice reduced working hours and income or led to unemployment for hundreds of millions of people.

‘The pandemic means that it will take longer to achieve the SDGs because it increases inequality. The elephant in the room is the informal sector, which comprises more than 60 per cent of the world’s employees. These workers have no formal rights. The pandemic can push more people into the informal sector,’ according to Mjøberg.

‘It is therefore essential to facilitate job creation in the formal sector. Decent work, as ILO calls it,’ Henrik Munthe adds.

LO and NHO have long cooperated with the Government on promoting tripartite solutions in countries such as Vietnam, Ghana, Malawi and Tunisia. Mjøberg describes how LO, for example, has taken NHO representatives to meetings in Malawi to demonstrate cooperation in practice. This has helped to unlock dialogue between the parties.

‘This work is more important than ever.’ Munthe believes.

‘Cooperation between the social partners at the international level, in ILO, has suffered during the pandemic. The agenda is narrower and possibilities for cooperation are weaker when parties from across the world have to meet on digital platforms. As a consequence, ILO is unable to be as ambitious as it should in a number of areas,’ says Munthe.

The annual ILO conference and general meetings were held digitally, and the important informal conversations ‘in the corridors’ were lost.

‘For this reason, difficult questions like whether health, safety and the environment (HSE) should be part of the core conventions have been postponed,’ says Munthe.

Mjøberg adds that the wing-clipped ILO con­ference makes it easier for countries to violate the ILO conventions in a time where it can be very tempting to circumnavigate the rules.

‘It is embarrassing to have to answer to breaches of the convention when the countries meet. There’s less pressure when you don’t have to stand face-to-face,’ Mjøberg believes.

The basic agreement between LO and NHO clearly calls for businesses to base their activities in Norway and abroad on the OECD Guidelines. The ILO core conventions form part of the Guidelines.

It is important that businesses follow up on this request, including during the pandemic,’ says Henrik Munthe.

‘A consequence of the pandemic is that it will take longer time to achieve the SDGs, because it increases inequality.‘
Nina Mjøberg

The 50 National Contact Points support each other and collaborate, among other things through at least two annual OECD NCP network meetings.

Under normal circumstances, the NCPs meet at the OECD’s headquarter in Paris, but in 2020, the meetings were held digitally.

The OECD has facilitated digital forums for the exchange of this kind of essential information. The OECD has also developed a number of tools and templates that the NCPs can employ to ensure more equitable handling of specific instances.

Norway’s NCP actively contributes input on these tools. The OECD has highlighted Norway NCP’s RBC Compass as a useful tool for businesses that seek to comply with the Guidelines.

The focus on the coronavirus crisis and responsible business conduct, as well as access to remedy and compensation, drew more than 2,000 people from 130 countries to this year’s fully-digital OECD Global Forum.

The forum was held on 19 May and 17 June. The focus of the first day was the coronavirus pandemic and responsible business conduct. The forum brought together leading representatives of the authorities, business and industry, trade unions, civil society, academia and international organisations to discuss how governments can use responsible business conduct standards to tackle the coronavirus crisis and build more robust global supply chains. Chair of Norway’s NCP Frode Elgesem participated in a panel debate about non-judicial grievance mechanisms.

In recognition of the twentieth anniversary of the National Contact Point system, the second day was dedicated to the issue of remedy and compensation, and the importance of this in times of crisis. The forum focused on the current landscape of remedy and grievance mechanisms, and how they functionand complement one another.
The OECD grievance mechanism in particular was highlighted and debated, both with regard to what has been achieved so far and challenges going forward.

In autumn 2020, Frode Elgesem gave a lecture about the OECD Guidelines and the National Contact Point as part of the master’s degree course ‘Business and Human Rights’ at the University of Bergen.

The course is a collaboration between the Department of Comparative Politics, the Rafto Foundation and the Institute for Human Rights and Business.

The course looks at the relationship between business activities and human rights violations, and the significance of international standards to enhance respect for and the protection of human rights. The course has participants from across the world and in 2020, lectures were given on Zoom.

Beate Ekeløve-Slydal gave a presentation about Norwegian business leaders’ know­ledge of and compliance with the OECD Guidelines during a video conference on business and human rights in Vilnius in September 2020. The presentation was based on Norway NCP survey of businesses.

Ekeløve-Slydal was invited by Lithuania’s NCP through a network for the Nordic-Baltic NCPs. The NCPs in these regions established a trust-based forum in 2019 to exchange experience and learning, and thus benefit from each other’s expertise, including during external events. The purpose of the conference was to promote greater understanding of responsible business conduct among businesses in Lithuania

‘Cooperation between the National Contact Points is useful for the purpose of exchanging experience and learning from one another, which is important to even out differences between the NCPs and ensure equal requirements and expectations of business and industry internationally.‘